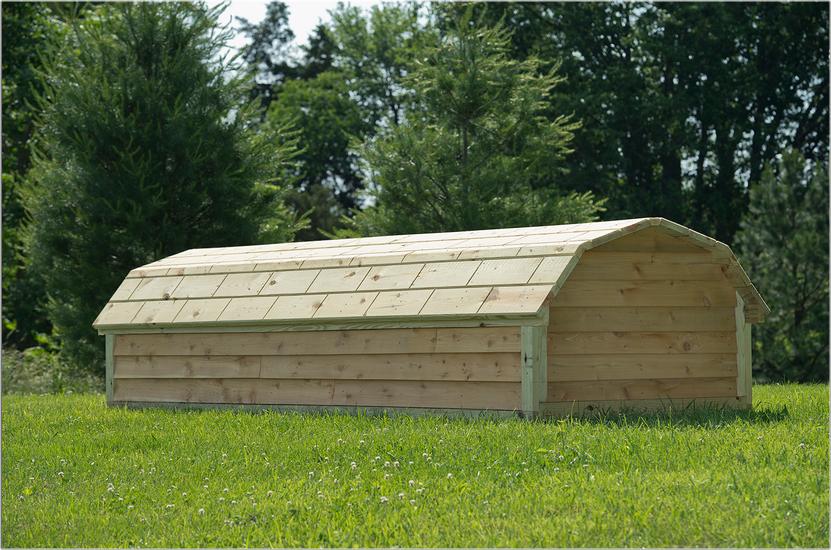 Last week during a break from the preparation for Fair Hill International, we finished building a monster-sized mound complex for Boyd Martin, which we’ve probably been working on for a year and a half, and started a new water complex that will probably be finished this spring. The schooling course at Windurra is really second to none: it has already become a prime destination for eventers and Boyd is adding to it all the time.

Next we’ll go to Bruce’s Field in Aiken the first week of November to do the water and banks for their Eventing Showcase, (20 fences over 2,000 meters with three-star questions, plus dressage and a show jumping round), which will be held the same weekend as Sporting Days in Aiken Horse Trials in early in March. At Bruce’s Field we’ll be building jumps to reflect iconic Aiken landmarks, and it’s running on a schedule that will complement Sporting Days so people can compete in the horse trials and watch the showcase. If you’re going to spend a weekend in Aiken, that’s the weekend to go! You can ride your low-level horse and still watch upper-level sport. That’s also a pretty time of year to go to Aiken.

After that we’ll be hard at work building the new ETB/Boyd Martin course at Stable View.

The Eventing Showcase in Wellington is also on the calendar for this winter; when we cleaned up after the WEG we put some jumps in a pile of stuff that will be heading to Wellington.

We’ve got Full Moon Farm Horse Trials, near Baltimore, in three weeks; we built a sunken road there in early spring, and put it where the land fit a sunken road, but we need to move some other things around to work the new feature into the course, which will make it a significantly different track. It’s a fun farm, owned by four-star rider Woodge Fulton’s family. They’re a great family and she’s worked seriously hard to make it as an upper-level rider.

As usual when we are not on the road we are hard at work in our shop in Virginia. If you’re thinking about ordering portable cross country jumps or a new set of show jumps, get your orders in – they make great holiday gifts!